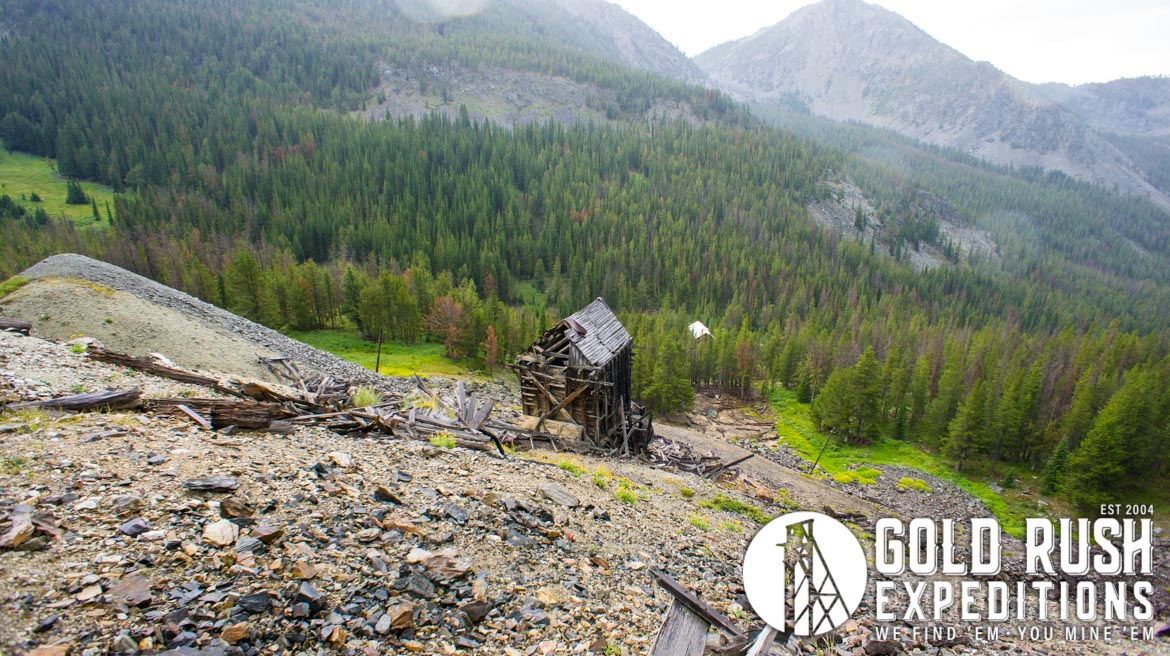 The Goldstone Property is a gold and silver producing property located in the Pratt Creek District of Idaho. The property has historically produced significant quantities of gold, silver and lead. The property contains defined blocked reserves as well as estimated reserves. There are also valuable surface dumps with assay valuations. The Goldstone Property as described in this document comprises 5 lode mining claims for a total of 100 contiguous acres. The mine is located at roughly 9000’ of elevation, about 1 mile west of the Montana/Idaho state border and the Continental Divide.

The mine boasts a well-documented reserve of 30,000 tons of blocked reserves. This mapped and estimated by Mining Geologist Arthur Lakes and Victoria Campbell in 1997 . With a conservative valuation average of .75 oz/Ton in Gold. There is no accounting in this figure for Silver, Lead or Copper which will also bring a substantial profit.

The reserves have not been worked or developed in any manner since Mr. Lakes' report. A massive drift, known as the Mottman Tunnel was financed by the Goldstone Mines Corp. and completed in or around 1950. This working allowed access to the ore bodies, but poor luck, timing and a slow market for metals had the mine mothballed by 1954.

Goldstone Mining Reports show that they drove the Mottman tunnel 1,900’, coming in below the Goldstone vein. Average assays for gold were 0.53 oz and 0.24 in Silver .

Overall, there are a documented 7,175’ of development on the property as of 1964. The upper drift, known as the 500 level, is the main adit into the workings. This adit caught fire in or around 1950 and was not re-opened. Instead, the Mottman tunnel was driven to undercut all of the workings and utilize gravity for extraction of ores.

The terrain is rough on the ascent over Goldstone Pass, but the roads are intact and usable by high clearance 4wd or UTV. The road to the site from the Idaho side has washed out over a three-mile span and is not usable without significant improvement to private land.

The mine has not operated since 1956 as well as can be determined. A caretaker watched over the property until 1968. The portal at the 500 level was destroyed by fire in 1949. Instead of rehabbing, the new company owners opted to punch a drift below the current workings. The intent being to intercept the vein, and to attach the other levels to this main haulage level. This level became known as the Mottman Tunnel and is reported to intercept a new vein, the Mottman Vein, and the Goldstone vein. The drift is from 1900’ to 2400’ depending on the report. This portal had a watchman by the name of Sylvester Kramp who had worked at the mine and stayed to keep watch on the site until 1968 when he was forced to leave due to health concerns. An unnamed watchman was put in place from 1956 to 1991. The cabins and the portal were maintained by this individual who lived on site. The portal was reported to be locked and in good condition in 1991 according to local rancher Andrews, who owns a ranch at the base of Pratt Creek.

In 1994 the Mottman tunnel was addressed as an “abandoned” mine. There was reclamation executed in 2008-2010 to mitigate the tailings from the mill. The tailings were impounded just east of the mill and buried. The dumps were left intact, and the site is largely as it was left in 1964. It is unknown if the Mottman Tunnel Portal was compromised at this time.

Surveyors were able to locate the 500' level, and the Hope and Climax Shafts in 2014. A caretaker was put in place from 2014-2016 to monitor and safeguard the property from any further damage. In 2016 the caretaker left the site.

The site did receive reclamation funding from the EPA in 2008. This operation impounded the tailings and buried them west of their original location. It is worthy of note that the reclamation process bears no impact on any new or current plans for development. A general notice of exploration is advised before beginning operations at the site.