The Independence Mine is the larger development of the Cougar/Independence Mines. The Independence consists of over 2000’ of workings on gold veins and lodes running through the property. The mine was last worked in 1950 and had produced 22,509 oz of gold since 1907. Reserves have been estimated but not blocked. The ore at the 650 (main) level was reported assayed at 1.06 oz/T AU, and Gold has been recovered intermittently by small operators since 1957 until 1983, but not in quantities large enough to warrant reporting.

The Independence property also boasts a large mill which was in production as late as 1942 when it was completely rebuilt. Today it is largely collapsed and unusable. There are considerable tailings, of which some are working into the creek in the form of fine black sands with some fleck gold.

The workings at the Independence are not complete by any means and reports state that wide gold bodies are still in place.

The mine requires extensive rehabilitation in its current state, but an upfront initial investment will yield massive returns. The mines production record of over 22,000 ounces of gold is more than many districts combined mining operation totals.

The mine was shut down in 1950 due to the death of the mine foreman and never re-opened on a commercial scale. Today the mine has fallen largely into disrepair. There are some buildings intact at the main camp, but nothing of major use. The concrete pads will likely be the most usable remnants of the old mining operation.

The main drift is open and accessible but contains a few inches of water from blockages at the front of the mine. The timbers are rotted and collapsed, but as noted in the older reports, the walls are solid and stable. The entire workings have not been fully mapped since 1983 and the conditions are overall unknown.

The mill building is mostly rotting away, but there are good waste dumps that were “poorly processed” according to historical reports. These dumps assayed .7 oz/T AU and 4 oz/T AG in 2016. The mine is ready for immediate development and according to oral communications shows exposed gold veins in or around the 900’ area with lodes trending generally WSW. This assertion lines up with outcrops located at old mine sites in direct line with the veins. 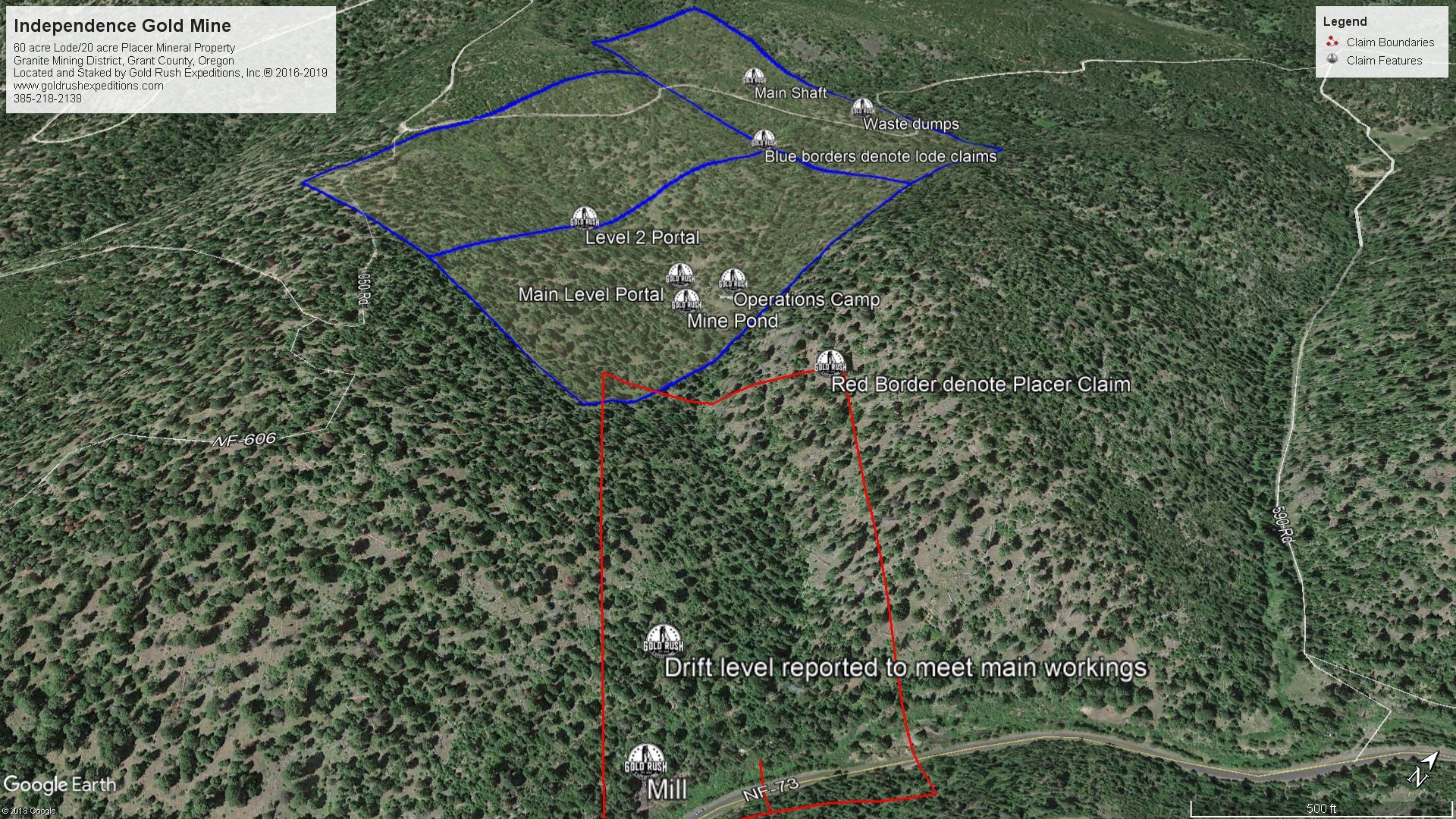