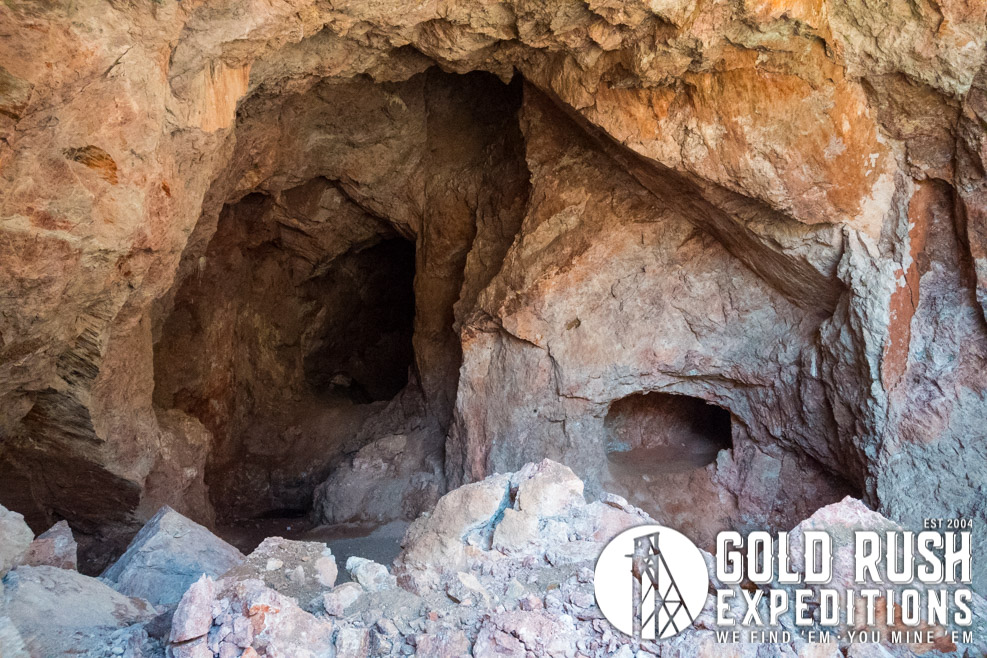 The Roadside Mining Property is a 20-acre lode claim exploring a series of horizontal epithermal gold deposits in the Union Pass Mining District of Mohave County, Arizona. The mine is an excellent stand-alone property as the deposits are highly profitable, well defined in relation to reserves, and relegated to a very small area. The mines have been held by various corporations and JV partnerships as late as 1996.

The property is limited to the 20 acres as the vertical veins containing metallic deposits surface only in this claim. The property has been extensively tested, sampled and production has been made from the property.
A series of open cuts are present on the property. These have explored outcrops that have shown gold and silver and copper deposition. Where it has been relevant, the property has been developed vertically. Most notable of this is the current “pit” which allows access to several underground drift workings.

A full-scale drilling and sampling operation was undertaken at the mine in 1990 which stated there was at least 450,000 tons of blocked reserves varied from .3 to .5 ounces gold per ton with the majority of the site unsampled. Average value 0.4 oz/T gold. No accounting for Copper or Silver. This sampling was done at depth of 250’1F . Drill reports from Kaaterskill Exploration reported these findings.

The site has been known as the Motherlode, The Arizona, The Arizona Rand, the Katherine Extension and finally the Roadside. The mine last actively operated in 1990. It was left in a state of general disrepair as the company that owned it suffered financial difficulties, these lead to the abandonment of the property.

In 2011, it was noted that the property needed to be remediated, at least in cleaning up the surface. In 2015, all existing equipment was removed. Tipples, headframes and mechanical equipment was razed from the surface and removed. The trenching and pits have been largely left in place except for where open adits and shafts were sealed. There is excellent photographic documentation of the site to establish the history and current state.

The property has been drilled and measured and contains documented blocked reserves of 450,000 tons with .03 oz/T AU, and 11% Copper.

The property will require mechanical development, backhoes, dozers and a processing plant to begin to develop. There is a very good road that runs to the property and could be utilized as is by heavy equipment. With that in mind, this should be noted as a commercial operation and not viable for small or individual miners with limited budgets.